Naturism, in the past gymnosophy, was born in France, under the hand and in the entourage of the geographer Élisée Reclus, (second half of the XIX century).

For Élisée Reclus it was at the same time a physical means of revitalization, a report with the body completely different from hypocrisy and taboos which prevailed at the time, a more convivial way to see the life in society, and an incentive to the respect of planet. Thus naturism develops in France, in particular under the influence of Elized Reclus, end XIX century and beginning XX century, among anarchistic communities resulting from the utopian socialism. 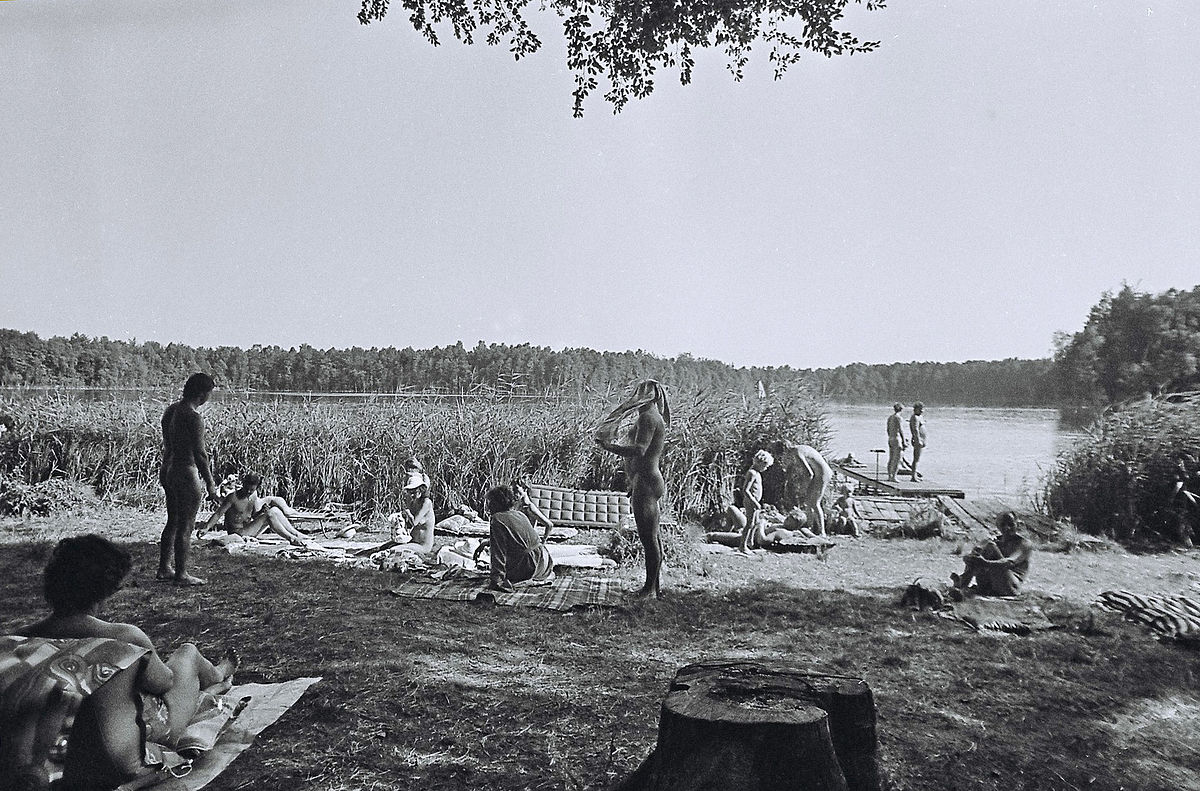 In the Germany, at the end of the XIX century, a current of ideas very close to naturism appears of the emperor Guillaume II. At that time, sex and nudity are taboos subjects, even if in the north of Germany, nudity existed in saunas as in Scandinavia. The appearance of the naturist movement is a strong reaction to the growing industrialization of the time. Under these life and difficult working conditions, a reflection on other way of living starts. The sociologist hygienist Heinrich Pudor writes in 1893 a book entitled Nacktkultur (Culture of naked), one of the first publications to preach the benefits of social nudity. In its book he explains why the man lost the body of sight and was weakened. At the same time he starts a conflict against the fashion of the corsets, showing the dangers which they represent on the female body. Followed by the creation of new types of ladies' garments, known as reformists, much fuller that the women often made themselves.

The concepts preached by Pudor were putted into practice short time after. They are Wandervogel migratory birds (German youth movement) which spread in first this concept of return to nature by nudity at the beginning of the XX century. At the time of their excursions into full nature they took the practice to be entirely undressed to profit of a refreshing bath on the verge of a river or a lake. Quickly they took the habit to practice other activities naked, such as the gymnastics in gymnastics clothes for example. There was much more than of a simple nudity: these young men and women sought to flee the hell of the cities into full industrialization, its pollution and its excesses, wishing to have a healthier life and adopted the sport and the dance in freedom.

Since 1902, magazines on the emergence of the naturist culture appear regularly. Photography also knows a revival in the field of naked where bodies are photographed in full nature, stripped of any erotism. In 1903 in Lubeck, the first center gymnastic, Freilichtpark (park of the free light) is born, created by Paul Zimmerman (it will be in function until 1981). These spaces dedicated to the practice of naturism develop much, most of the time in an associative way.

In 1918 the name of Frei-Körper-Kultur (culture of the free body) is adopted. This movement develops in the Germanic countries (Scandinavian Austria, Switzerland, countries, Netherlands) before arriving in France of the inter-war period, then North America as from the Fifties.