The joy of exploring unknown places 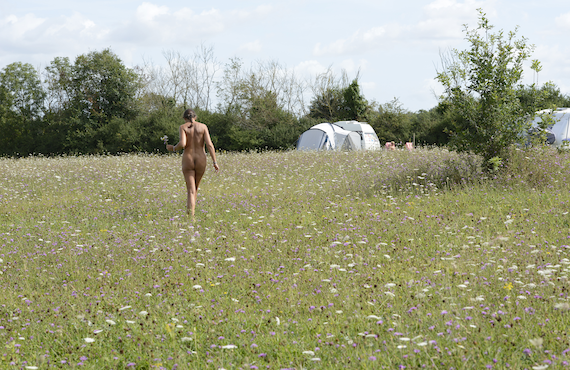 Explore the beautiful region of Vendée

Why do we go on a naturist vacation? To spend at least some of our time without clothes,

obviously. For some, this is the one and only reason. Getting away from the world in some

existing. But if you are like us, there’s more to a vacation than spending days in a row

naked next to the pool. Most often, when we visit a naturist campsite, we also want to

explore parts of the region. Get to know the culture, go hiking in nature, those kinds of

Although not always. Honestly, when we visited Le Colombier at the end of our little tour

around western France, we were actually looking forward to a couple of days of doing little

more than nothing. Our next stop would be Belgium, our home country, and we knew that

a couple of busy weeks were ahead of us, as we hadn’t seen our friends and family for

more than a year and a half.

Our plans easily change though. After a day of lazing in the sun, skinny dipping in the pool,

walking through the forest, and drinking wine on the terrace, we found ourselves googling

the region of Le Colombier. We had never been to the Vendee before. As far as we could

remember, we don’t think that we had ever heard about it either. The region somehow got

a bit lost between its popular southern neighbors like Gironde and Dordogne, and the

Brittany province in the north. At least to unprepared travelers like ourselves.

Little did we know that the historical theme park Puy du Fou, which has been nominated

as the best theme park in the world and yearly attracts more than 2 million visitors, was

within reach of the campsite. Unfortunately, we were much too late to get tickets for one of

the next days. The coastal temperatures started dropping, so a visit to one of the region’s

nude beaches didn’t sound like a smart option either. Instead, we decided to have

ourselves a little tour in the near environment of Le Colombier.

Our day trip started in the polder landscape of the Marais de Poitevin. It has over 200

kilometers of cycling routes, but given its nickname “The Green Venice”, we decided that a

boat tour might be more accurate. Starting right next door to the ruins of the Saint Pierre

de Maillezais abbey, a small boat company took us on a ride through the many canals,

showing us the region truly from the inside.

After an abundance of nature, we made our way to the historical town Bazoges en Pareds,

famous for its Donjon (a huge stone tower). The tower is impressive, but we found much

more joy in the anthropologic museum. Definitely interesting, and unknowing that there

were going to be sound effects as well, definitely scary at first too.

We don’t think that you can explore a single part of France without trying its local wine, so

that was going to be our last stop for the day: A family wine business called Domaine

Coirier, which personally produces everything from the grapes to the wood that is used to

make the barrels. And we can tell you, it tasted good! After visiting so many places around

the world, we often fear that it will become hard to impress us. Interestingly, it’s these

lesser known and unexpected places that often impress us the most.